Krafton subsidiary Dreammotion has announced that pre-registration for Road to Valor: Empires is now available on Google Play-Store and App Store. The title is a real-time player versus player (PvP) strategy mobile game and the sequel to Road to Valor: World War II.

Users can compete with players around the world while commanding gods, beasts, and mythical heroes. The game provides dynamic characteristics that allow a large number of units to load onto the battlefield and enter a mass battle.

Analyze the features of Road to Valor: Empires

Players can build their own armies, which include units made up of richly diverse civilizations and mythos, to become legendary field generals. Hero units in the PvP game are known as Guardians.

Players can choose from nine Guardians and over 60 different unit formations as they use a strategy game of one Guardian and eight troops to try and overpower opponents and take the throne.

The title provides new civilizations and factions with which to build armies, including mythical beings such as Athena, goddess of war; Odin, King of Asgard, and Medus. 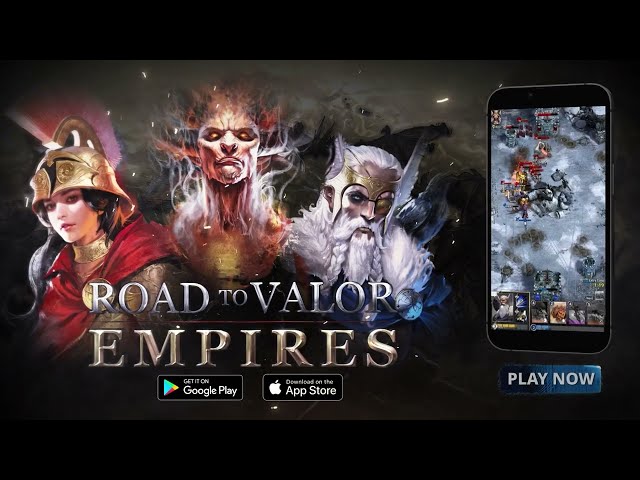 The game features unique units such as cavalry that trample infantry, and lances that pierce cavalry and archers that bombard lancers with a stream of arrows.

The title is completely free to play, but some in-game items can be purchased with real money. Players can also block in-app purchases in their device settings if they don’t want to use this feature.

However, the company has yet to reveal the title’s release date. When pre-registering on Android devices, players can use the auto-install option so that when the game is available, it will automatically download to their phone.

Road to Valor: World War 2 was released in January 2019 and the game has generated over 3 million downloads on Google Play and the App Store. In this title, players can choose the appropriate command for their strategy and gather various units to build the most powerful troops. The game is based on World War II, the greatest war in history.

Read also
The article continues below