Following the success of their collaboration with George RR Martin on Elden Ring, Bandai Namco is now reportedly interested in collaborating with Brandon Sanderson, author of Mistborn and Wheel of Time, on a title similar to Souls.

During a recent livestream, Sanderson was surprised by a box of Elden Ring (11:32) promotional material from the game’s publisher, Bandai Namco.

Along with a map, wax-sealed lore letter, woodcut, cloak and sword, the box also contained a note from Bandai Namco expressing interest in working with the author.

Briefly reading the note to himself, Sanderson then revealed, “They’re interested in maybe doing something together, that’s what it says.”

“I actually have a pitch for them, in the back of my head,” he admitted. “So maybe I should send them my pitch and see what they think…I always have a pitch for everything, that’s the problem.” 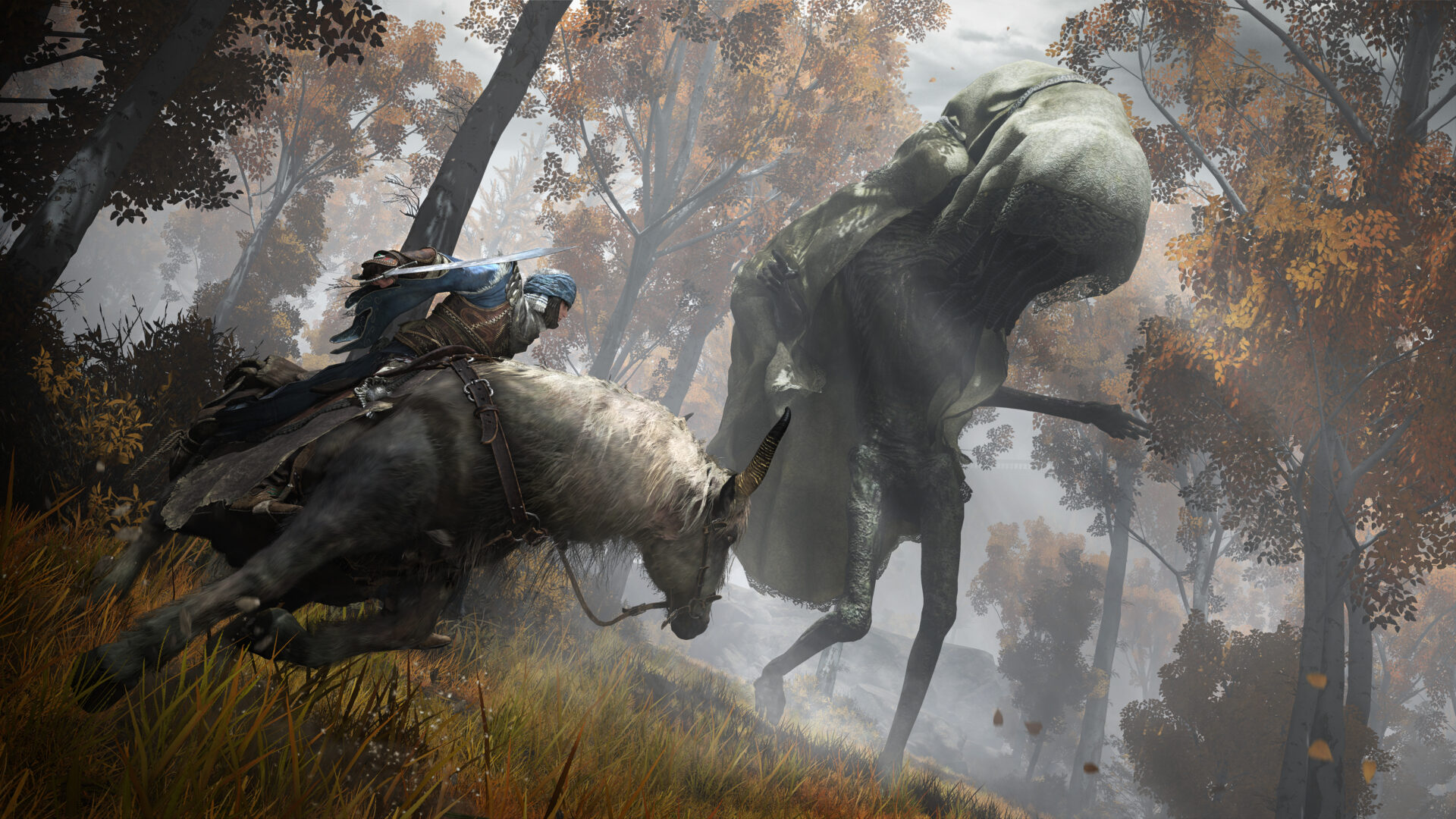 Asking the question, “Like I was ever going to make a Souls-borne game, what would I do…?”, Sanderson then recalled that this development with Bandai Namco was similar to the situation surrounding his previous collaboration with Wizards of the Coast on the novel Magic: The Gathering, Children of the Nameless 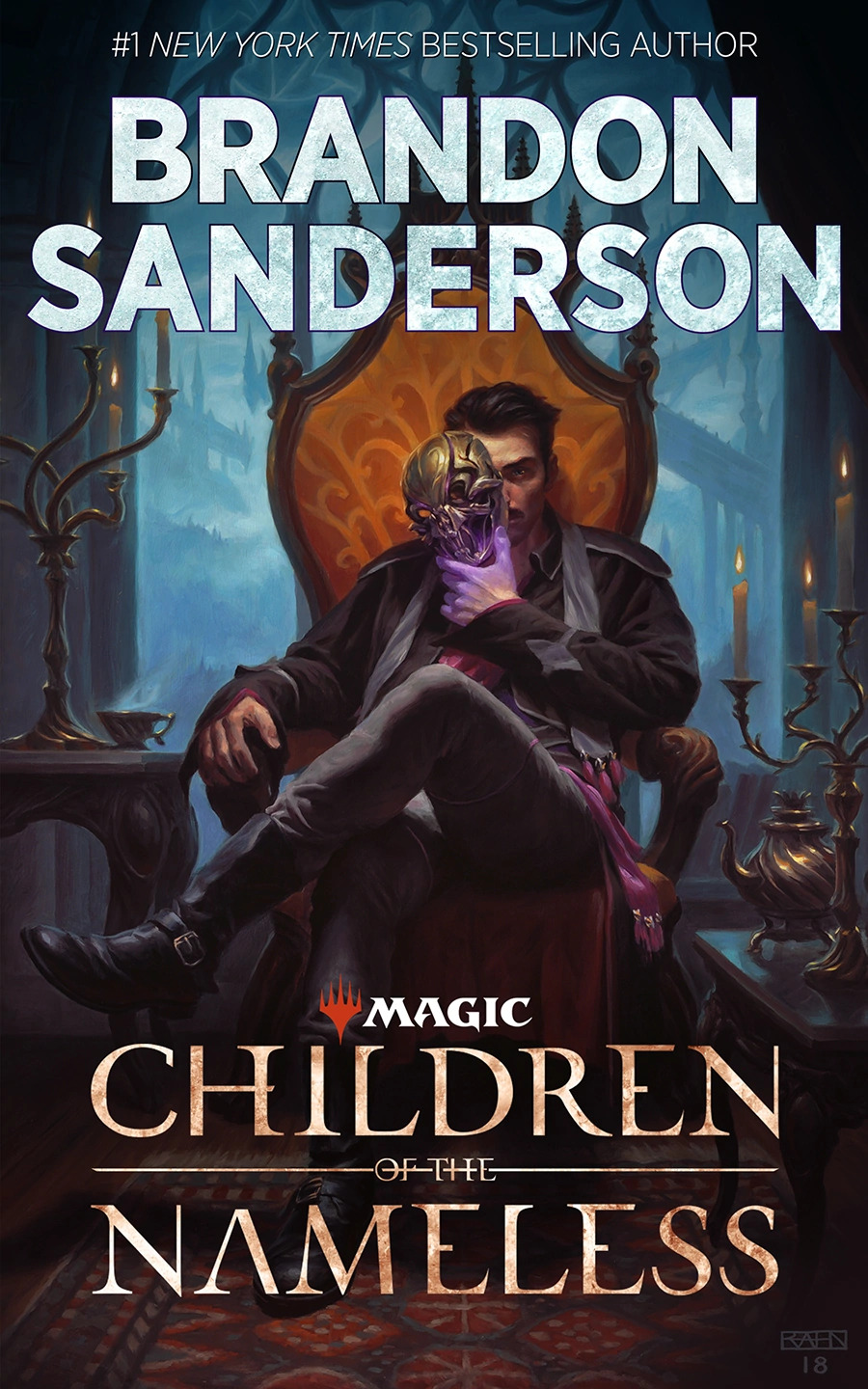 Source: Magic: The Gathering: Children of the Nameless (2018), Wizards of Coast.

He continued: “Similarly, I thought, ‘What would I do in the Souls-Borne kind of game?’

“Obviously I have no right to decide that, do I? But [I] I just got that in the back of my head,” Sanderson teased. “Then maybe you will hear something from me. I have a few ideas. I always have ideas. » 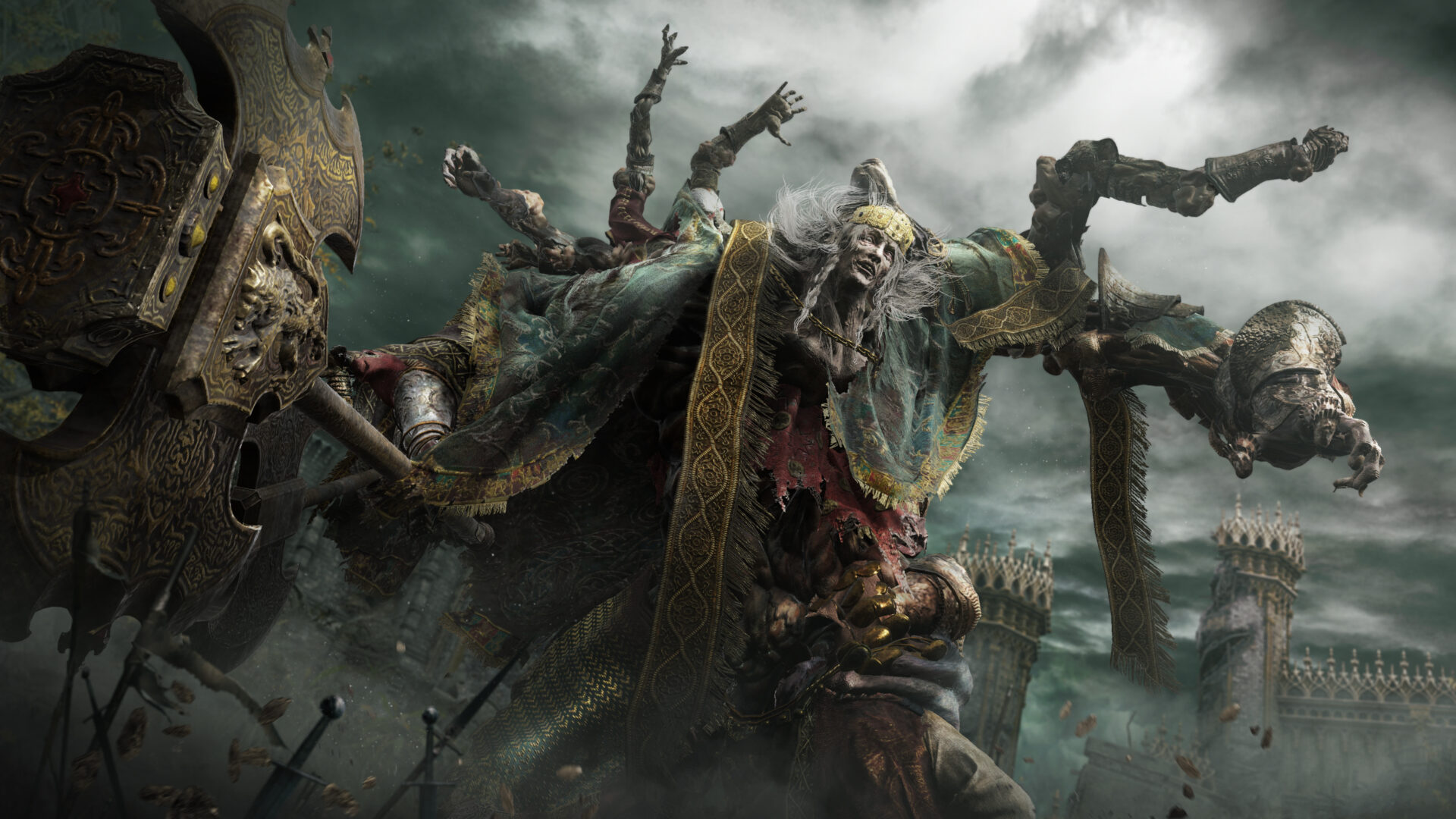 Although Martin was approached as the main world builder for Elden Ring, he and director Hidetaka Miyazaki are also credited with creating Lands Between.

Given the success of Elden Ring, it wouldn’t be unlikely that Bandai Namco and FromSoftware would continue to work with established fantasy authors to develop new works.

Although authors have already moved into video games, such as Neon Lotus author Marc Laidlaw with the Half-Life series or Tom Clancy with the first games of his eponymous series, it is not too radical to consider that Elden Ring could usher in a new era of more dedicated and focused collaboration between book authors and video game developers.

In addition to completing the last three Wheel of Time books after the death of original series writer Robert Jordan, Sanderson is best known for his Mistborn series and the other novels set in his Cosmere universe.

In March, Sanderson revealed he had written five books during the COVID-19 pandemic — four adult novels and a shorter children’s novel — and announced they would be published independently through a Kickstarter campaign. 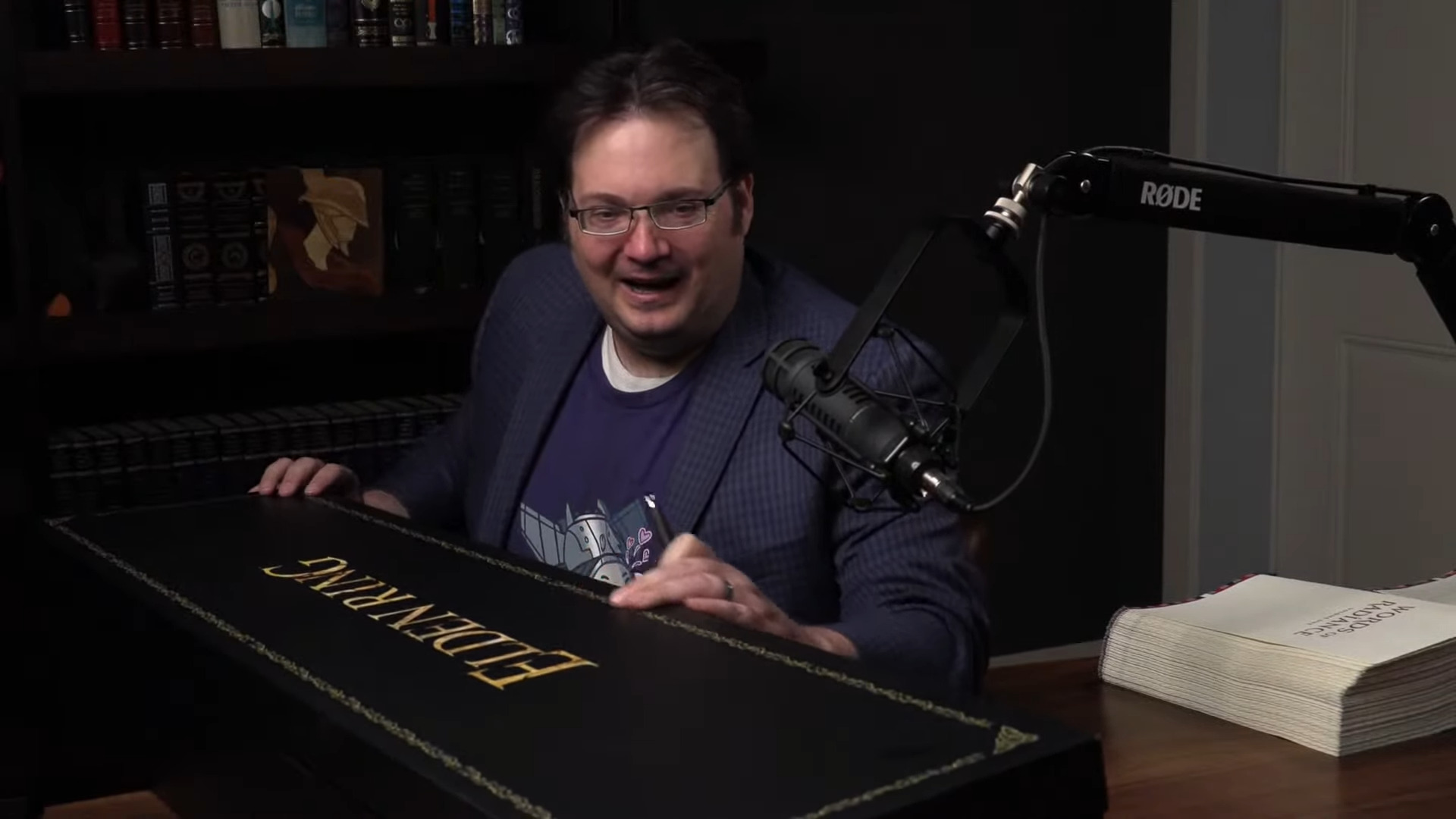 Raising $20 million in just three days, Sanderon’s campaign would become the most successful Kickstarter campaign everfinally lifting $41.7 million at the time of its closure.

Yet even before the campaign ended, other writers began accusing Sanderson of “white privilege” — thankfully to no avail. 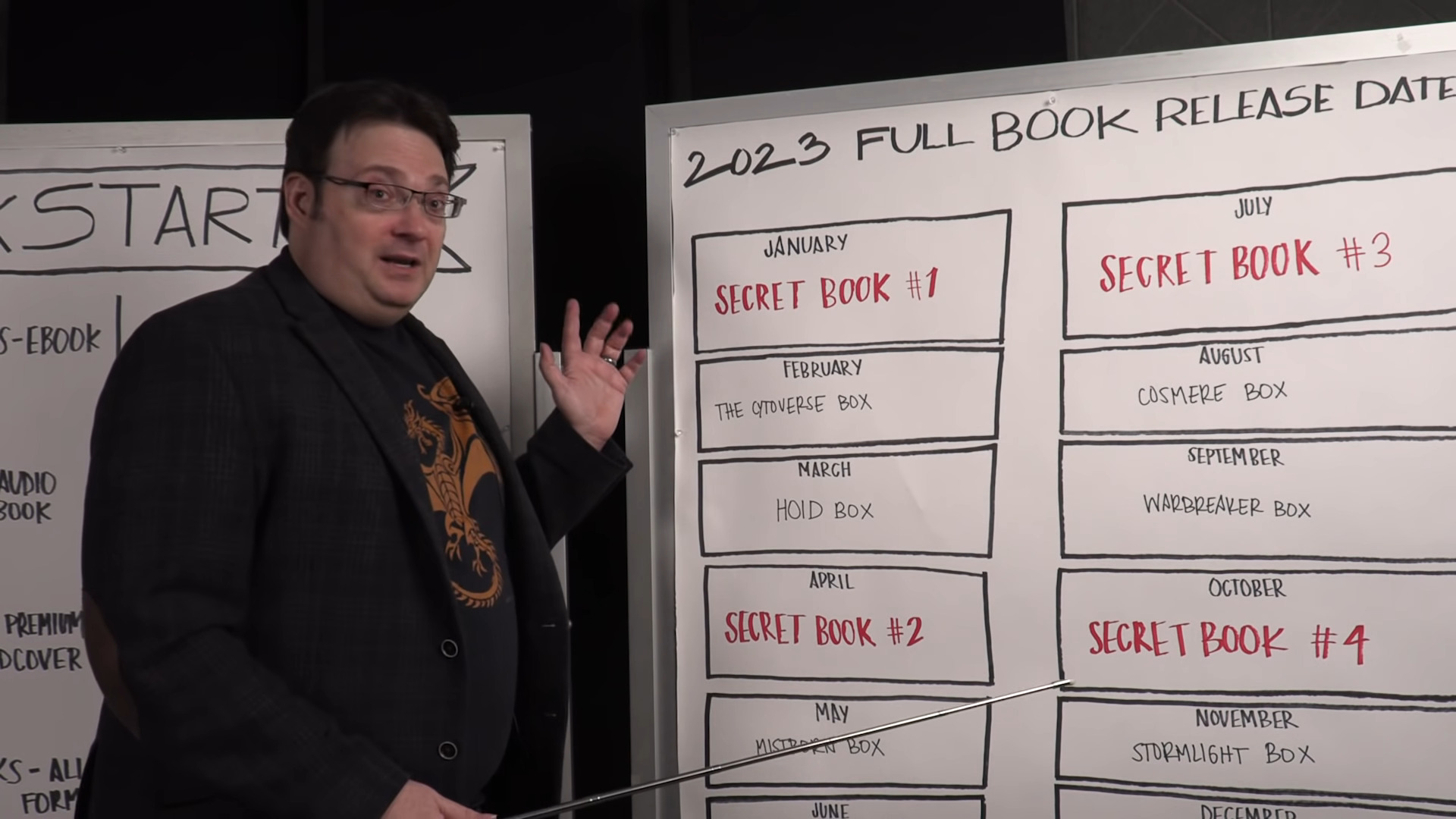 Does Sanderson’s previous work give you confidence that he could produce an interesting game world? What other authors would you like to see tackle video games? Let us know on social media and in the comments below.

NEXT: Elden Ring Sells All 12 Million Copies Worldwide, FromSoftware Hints At ‘Beyond The Realm Of Gaming’ Brand Expansion